With Sourcing Automation in Greenhouse Recruiting, you can easily report on key metrics to capture your team's success in reaching prospects via automated messaging.

Use sourcing automation reports to see the number of contacts added, the number of messages sent, how your recruiting staff is performing relative to one another, and more.

Can I build a custom report within Greenhouse Recruiting that combines sourcing automation reports with my other hiring reports?

Yes! You can build a custom report in Report Builder to show who gets credit for adding prospects to your campaign pools.

Add the Credited To column to a custom candidate report to show whether your candidate's source is a user in your organization or an external referrer. 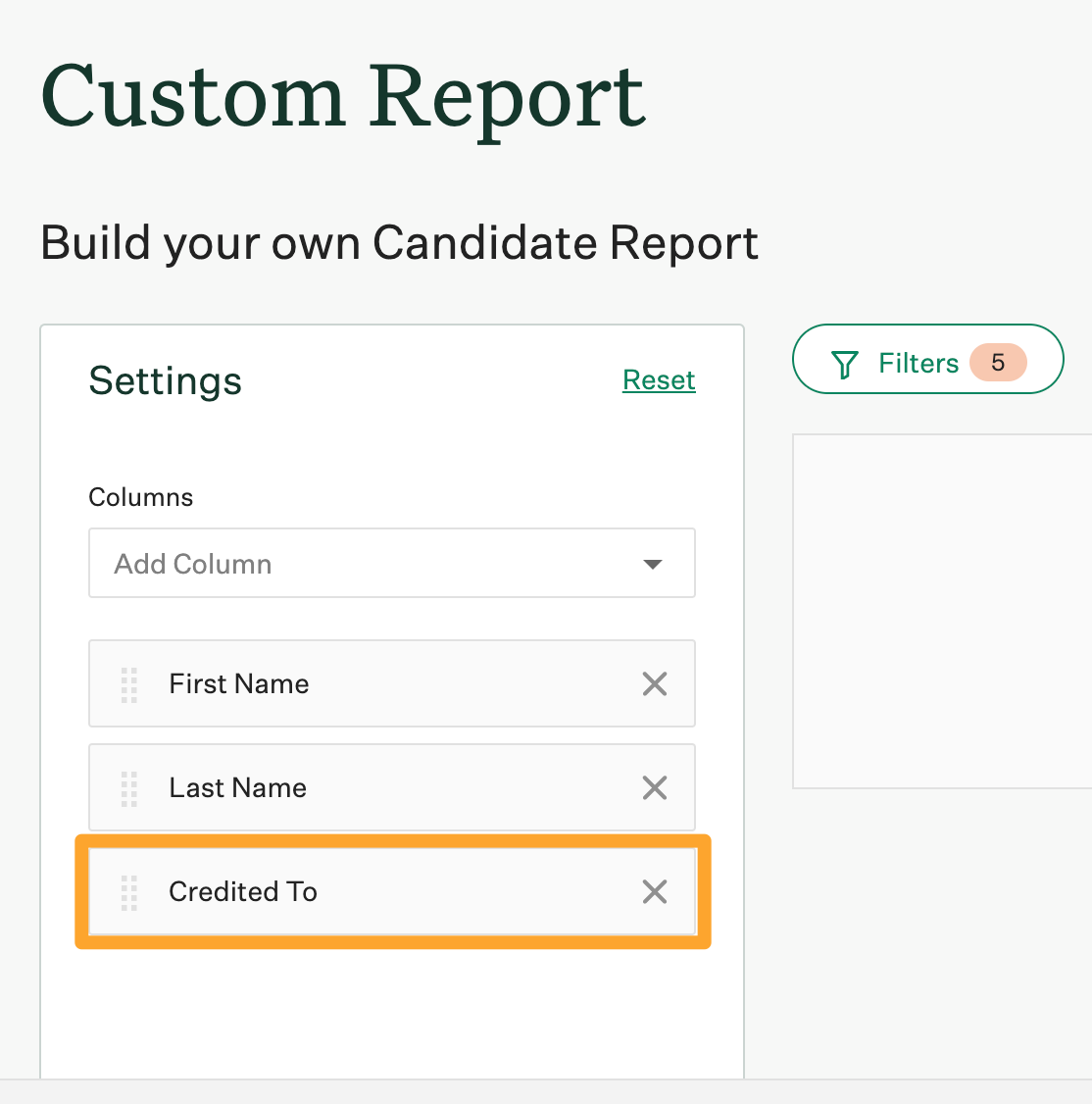 In addition, other hiring reports can complement your sourcing automation reports. For instance, check out the prospect conversion report to understand and demonstrate how many of your prospects became candidates, and how far they made it in the recruiting process.

Does Calendly integrate with the meetings booked report?

Is the meetings booked report only forward-looking? If someone has been in an interview process in the past, would those meetings count on the report?

The meetings booked report will surface any event scheduled on the sender's calendar that includes the prospect on the invite. There isn't a way for the report to distinguish if the event was booked due to the campaign pool or not. This means that it's possible it could count a prospect filling out a Calendly link from a campaign pool email, or an event scheduled manually by the recruiter through a non-automated email.