Note: Greenhouse Predicts is not available for organizations with a Greenhouse Recruiting account in Silo: 101.

By observing historical data - millions of applications across hundreds of thousands of jobs - we were able to build a statistical model of job pipelines and candidates moving through them. We use this model to predict future outcomes, like when someone will accept an offer.

Specifically, Greenhouse Predicts is powered by a Bayesian linear regression model. This means that we throw a number of factors into an equation to make a prediction. Some of these factors include:

Next, we run this equation hundreds of times to create a histogram of data. A histogram for a single job might look something like this: 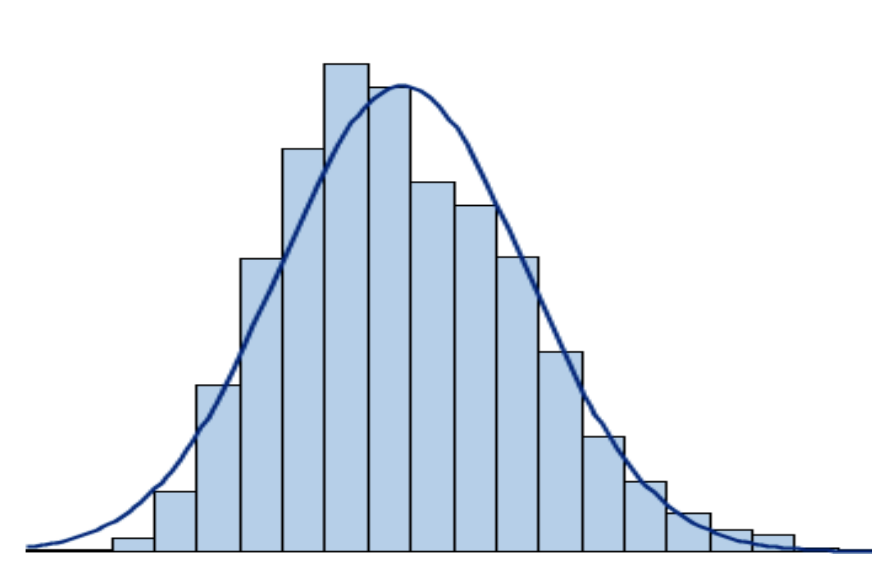 We add all these predictions together and take the mean (the top of the curve), which is the most likely hire date. We then display this mean value, or average, on the job dashboard as our predicted offer acceptance date.

How predictions change over time

We throw a number of factors into an equation to make a prediction. Some of these factors include:

However, each of these inputs might have a small effect on the overall prediction because we’re looking at so many different combinations of the data, so making one change (e.g. adding a new candidate with a high quality source) might not shift your prediction.

How specific predictions are generated

It’s not possible to tell you exactly how we made a prediction or how each candidate in your pipeline contributed to it.

A number of these factors are evaluated by a machine learning process that makes a final prediction. Machine learning allows computers to recognize patterns, make data-driven decisions, and learn from new data — meaning that they will improve over time as they see new data.

Machine learning can find complicated relationships that are not always easy to explain, understand, or untangle. However, by training the machine learning process on huge amounts of data (think hundreds of thousands of jobs and candidates), we can trust the decisions the computer makes by comparing predictions to actual hire dates.

The Bayesian part of the model means that instead of calculating single values for the coefficients, we generate probability distributions over values for those coefficients including the intercept. Your organization’s values could deviate from the average of all organizations. For example, Company ABC with a faster hiring speed might have a Borg that is smaller than average.

Once we have probability distributions over these coefficients, we can generate random outputs (Y) for specific inputs (X).

A histogram of results will be returned. We then take the mean of those samples of Y-values to generate a prediction.