Tip: The hired candidate export can be received by Workday and transformed so that the data can be used to create a pre-hire and employee record in your HRIS. Information about the position can also be included if the position was created in Greenhouse Recruiting. Most of this integration work is done in the Workday to build the listener workflow that receives the data and transforms it into Workday.

To create a candidate hired web hook, click the Configure

icon on your navigation bar, then select Dev Center on the left. 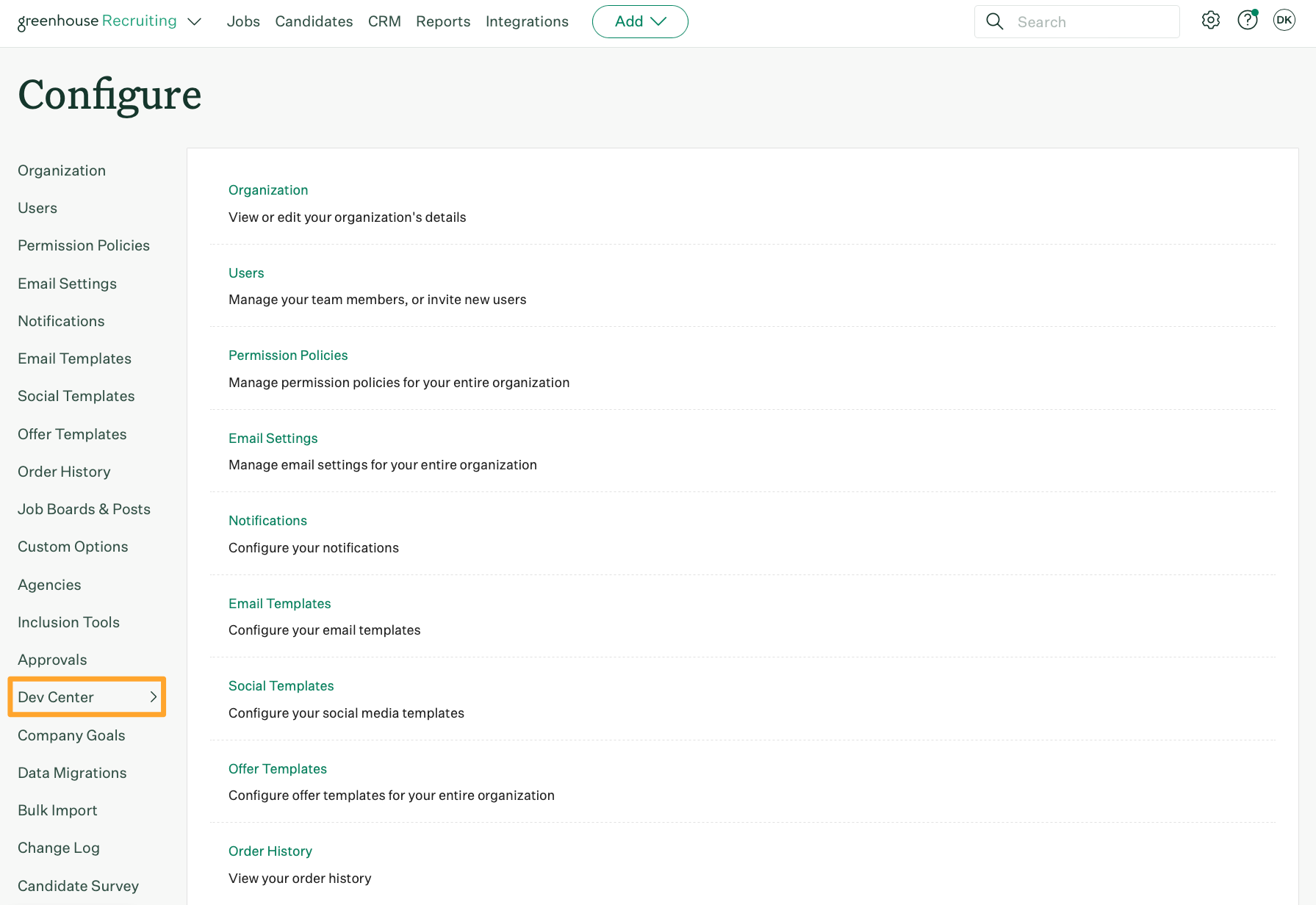 Note: Your endpoint may require a username / password for the web hook to work properly. For Workday, the username is often formatted as username@tenant_name.

What happens if I unhire and rehire a candidate?

The web hook will export new hire data each time you click Mark Candidate as Hired, even if the candidate has previously been marked as hired.

One web hook will fire per candidate, even if multiple candidates are hired at the same time.