Permissions: Job Admin and above

Greenhouse Recruiting's resume parsing feature scans an imported resume and auto-fills appropriate fields with information it detects when adding a new candidate or prospect to your account.

Note: We are unable to parse resume files larger than 2.5MB. 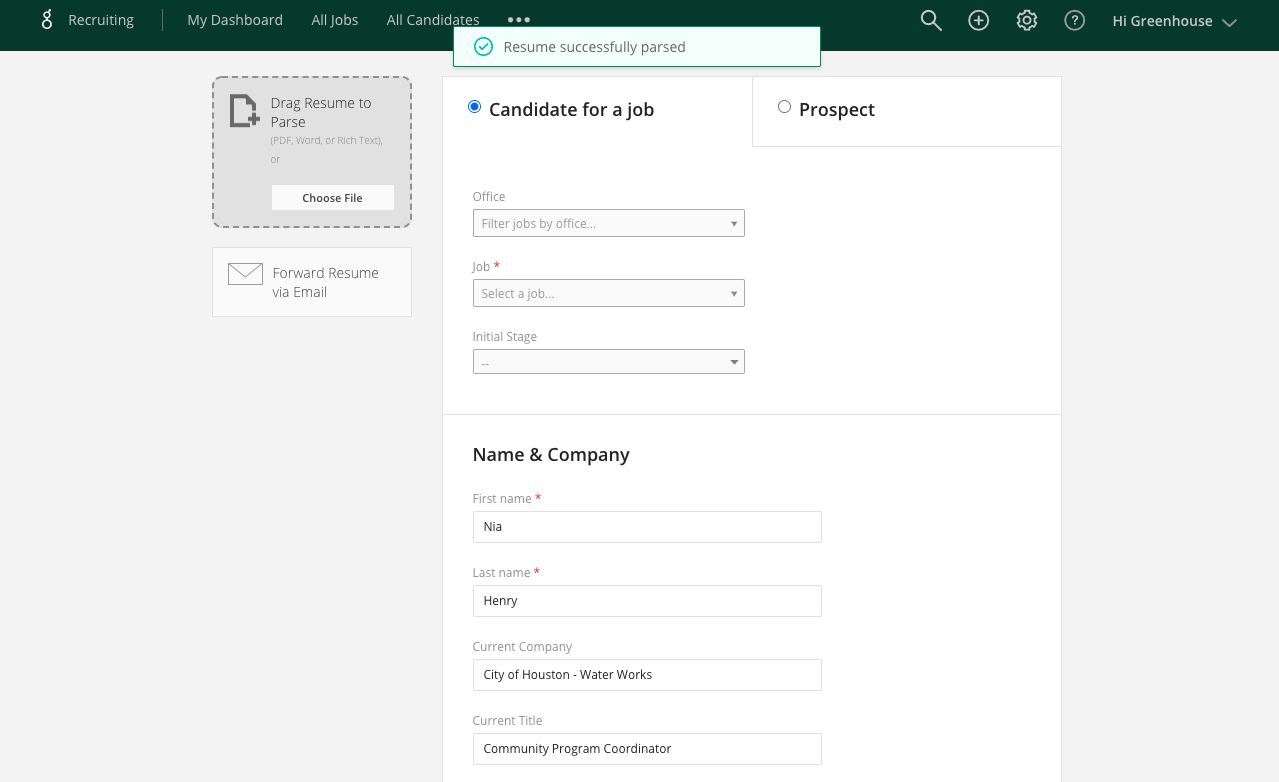 We've outlined issues you may encounter that results in an unsuccessful resume parse:

A fake resume is one that contains fake or poorly disguised data. For instance, one might create a fake name and address such as the following:

While the phone number and the first line of the address will parse correctly, the parser will not recognize First Last or the Town name as valid.

Other incorrect data might include fake company names such as Company 1, Client 1, Any Company, and more. An appropriate way to disguise a company name would be to use something like Mycomp Inc. The same is true for school names, job titles, and other resume/CV components.

Here are some general issues that may result in an unsuccessful parse: