Sourcing prospects can be a very fruitful way to get incredibly qualified candidates for a job, yet nurturing them can take time and effort. It is valuable to show stakeholders that the time and energy expended on prospects as a sourcing strategy is worth the investment. With the Prospect Conversion report, you can now understand and demonstrate how many of your prospects became candidates, and how far they made it in the recruiting process.

Note: By default, the Date Added field for the report is set to Current Year. 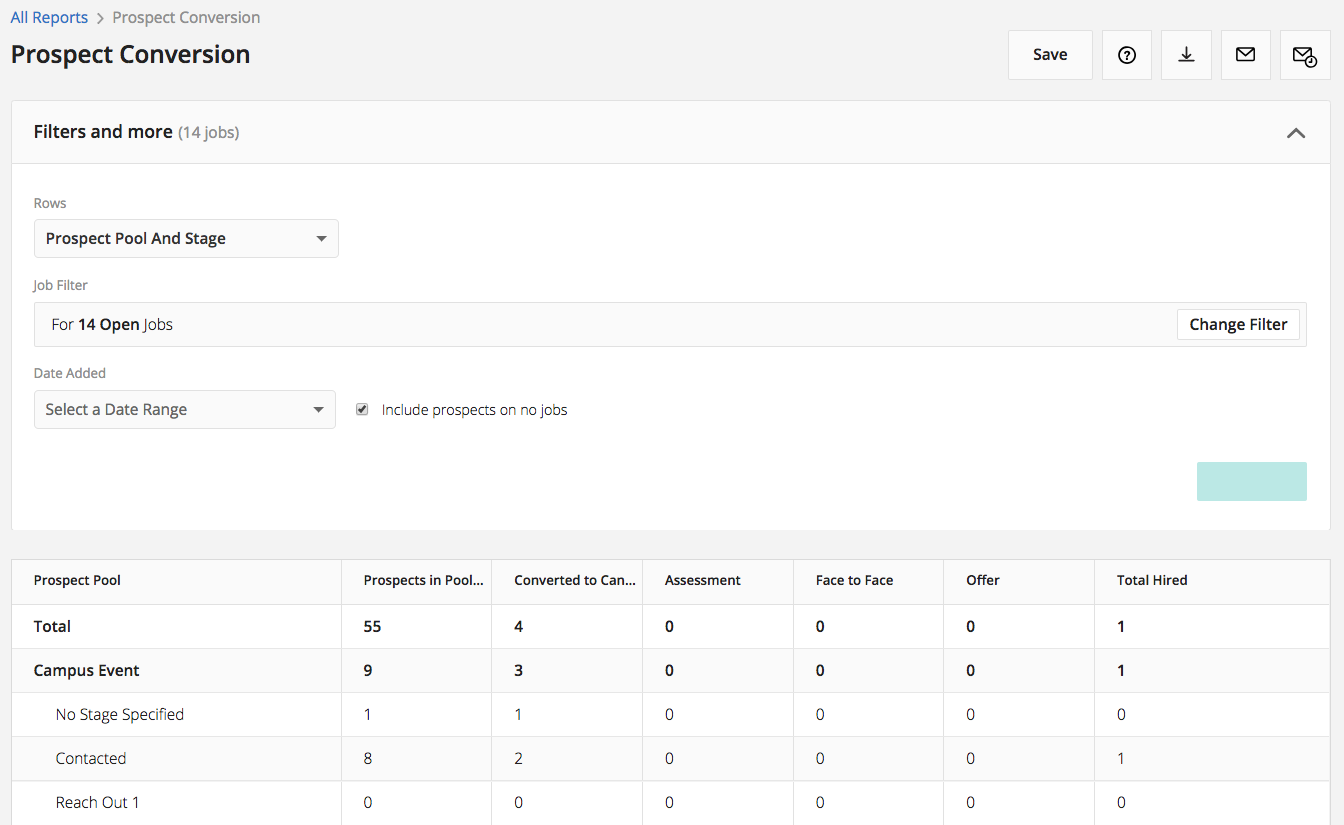 In all other views of this report, depending what view you select in the Rows dropdown, Prospects in Pool/Stages simply represents the number of prospects in pools/stages that were either: added to a Department or Job, came from a specific Source, or had a specific Prospect Owner.

Converted to Candidate represents how many people out of that initial group of prospects became a candidate on a job.

Assessment, Face to Face, and Offer represents how many people out of that initial group of prospects reached those respective pipeline milestones.

Total Hired represents how many people out of that initial group of prospects were ultimately hired for a job.